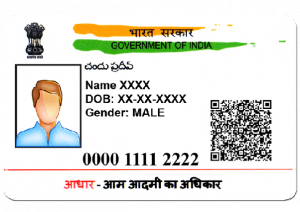 Aadhaar adoption and usage by residents continues to progress well as in September alone, 25.25 crore e-KYC transactions were executed via Aadhaar, almost 7.7% jump from August.

The cumulative number of e-KYC transactions via Aadhaar so far has increased to 1,297.93 crore by the end of September 2022, the government said in a statement.

An e-KYC transaction is done, only with the explicit consent of the Aadhaar holder, and eliminates physical paperwork, and in-person verification requirement for KYC.

Similarly, Aadhaar Enabled Payment System (AEPS) has been an enabler of financial inclusion at the bottom of the income pyramid.

Cumulatively, 1,549.84 crores of last mile banking transactions have been made possible through the use of AEPS and the network of micro ATMs so far by the end of Sept 2022. In September alone, 21.03 crore number of AEPS transactions were carried out across India.

During the month of September, residents successfully updated more than 1.62 crore Aadhaars as against 1.46 crore such updates carried out in August.

Cumulatively, till date (end of September) little above 66.63 crore Aadhaar numbers have been successfully updated following requests from the residents.

So far, around 1,000 welfare schemes in the country run by both centre and states have been notified to use Aadhaar.

Jio launches 5G services in Bhubaneswar and Cuttack, to cover all Odisha by December

IndiGo starts its first freighter flight between Delhi and Mumbai