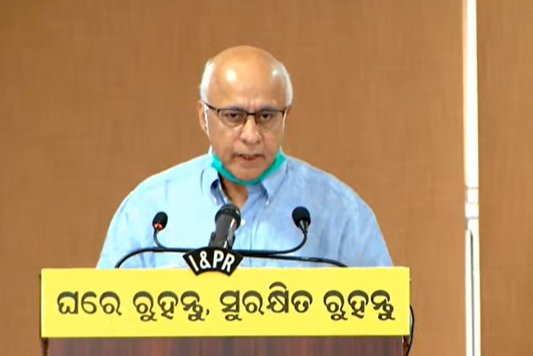 “Moments of crisis, is a time for innovation, not a time for running a normal business; the greatest thing that happened in Odisha during the times of pandemic was we gave every Sarpanch the powers of a collector to handle the migrant workers situation,” said Bagchi, who is also Chief Spokesperson, Covid-19, Government of Odisha and Co-founder Mindtree.

He was addressing the audience at SAI Thought Leadership hosted by SAI International Education Group.

“The second greatest thing that happened was, we understood that the best people to feed the people returning to the village were the mothers and sisters in the village. The self-help groups were given monetary support to handle the feeding of the migrant workers, the Government realised that this is a crisis which cannot be fought from the Secretariat but from the villages,” Bagchi said.

“It is also extremely crucial for a leader to conserve energy to fight the crisis,” he added.

“We need to create social memories to make sure that when the crisis hits again, we know how to tackle the crisis. We deal cyclones in Odisha not with money but with social memories. Crisis is the time to build bonds and memories.”

TPSODL partners with SBI for payment of electricity bills